HIFU technology ablates prostate tissue by focusing high-intensity ultrasound waves on the affected area, causing localized heating that destroys the cells in the gland without damaging the healthy surrounding tissue. Focused ultrasound works in the same way as rays of sunlight that pass through a magnifying glass and are concentrated at a single point, causing a significant temperature rise around the focal point. Thermal ablation is a non-invasive (incisionless and radiation-free) procedure that has been used in humans since 1993. With more than 45,000 treatments performed using a HIFU medical device, the HIFU treatment is recognized by orders of urology specialists in several countries across the world.

Easily locate and send a question to a HIFU center near you.

Discuss about HIFU with your general practionner. 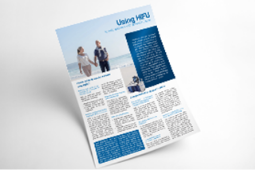 By continuing to browse HIFU-Prostate, you agree to the use of cookies. For more information, please refer to our legal notices.OkNoPrivacy Policy